In 2011, the Washington Public Ports celebrated their 100th anniversary. The Washington Public Ports Association published a book called, Public Ports and Washington, The First Century 1911– 2011. In this book they state that, “Washington has 75 public port districts, more than any other state. The state’s first public ports were established in 1911, when the legislature, reacting against private railroad companies’ domination of the docks and harbors on which the state’s economy depended, authorized local voters to create publicly owned and managed port districts. As the benefits of publicly owned harbor improvements became apparent, the powers of port districts were expanded to encompass many other functions. Today there are port districts in 33 of the state’s 39 counties, including a surprising number far from any waterways. They operate major marine terminals, small local docks and marinas, international airports and general aviation fields, parks and recreation areas, and industrial and business parks.”

The Port of Sunnyside was established in 1964 marking this as our 50th year. The Port of Sunnyside operates an Industrial Waste Water Treatment Facility that has attracted many food processing firms to Sunnyside. We also focus on economic development. The Port is always marketing Sunnyside. We emphasize our central location, beautiful weather, stable work force and the richness of our agricultural base. We work in conjunction with the City of Sunnyside, New Vision / Yakima County Development Association and other local groups to showcase the economic development and tourism possibilities of Sunnyside. We understand how important “year around family wage jobs” are to sustainable long term growth in our area. 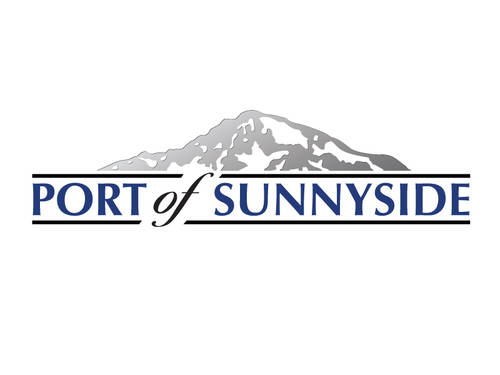